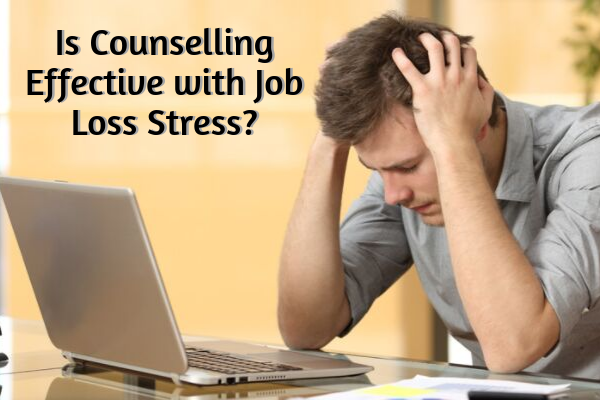 Losing a job can have disastrous consequences on the mind. If you have worked somewhere for years, leaving behind all those co-workers and the many relationships you have forged during your time there, can be a harrowing task. The sudden financial insecurity is another problem that job losers have to work on, especially because almost everyone has EMIs to pay. The abrupt landing from a financially secure place to a totally vague future is a lot to take in.

Many job losers get really angry and depressed, losing every desire to get up from bed and look for another job. Even if they try to get over the period by working feverishly on their resumes and touching base with professional contacts, that initial euphoria dies down in a while when you don’t get a job immediately. This period of rejection from potential employers is too tough to handle because it only makes you more desperate and worried.

Such a mental state is never idle for job seekers. If you are depressed and look beaten, you will find it tough to convince interviewers that you are ready for a new job. Your state of hopelessness shines through and you don’t get the job despite having the qualifications. This is when you need to work on your mind with the help of a psychologist. A trained, professional psychologist will work on your mental issues and address your fears.

More often than not, it is the fear of living as an unemployed person despite several financial commitments on the table is what scares the living daylights out of anyone. But if you continue to dwell on the fear, you will remain cooped up in this sorry state. You need to meet this phase of your life with a positive outlook. This is something that a psychologist in Kolkata will help you attain. There are group therapy and individual sessions that you can attend. It will reinstate your faith in your ability. That will go a long way in developing the right frame of mind for a job seeker.

Get in touch with MonerAlo.com for trained psychologists in Kolkata for your personal issues like job loss stress, among other reasons.

No one is immune to mental health issues. However, compared to women, men are less likely to talk about their problems and seek help. And that is why the level of mental illness among men is still a matter of debate as most of them are underdiagnosed. The same mental illness can show different symptoms in men and women. Here are a few facts on mental health issues in men:

Though depression is commonly associated with women, a number of men also suffer from this mental issue. Men and women may feel the same symptoms such as sadness, irritable mood, constant feeling of guilt but both exhibit different signs. For instance, men try hard to hide their symptoms and thus, become aggressive and angry. Compared to women, men are prone to seek relief through drug abuse and alcohol. If you are looking for experts who can do counselling for depression in Kolkata, we can help. Get in touch with us today and find solution to all your mental issues from our expert psychologists and psychiatrists. Contact us at http://moneralo.com/contact-us/

PTSD is a type of anxiety disorder caused by traumatic experiences. This is more common in men, particularly those who have been in a combat. PTSD can also be caused as a result of incidents such as extreme physical and mental abuse. People with PTSD often get panic attacks, suffer from depression and have suicidal tendencies. Women with PTSD shows signs of anxiety while men, become aggressive and rely on drugs and alcohol to cope with the issue.

Men have difficulty in communicating their feelings and cannot figure out how to talk about the issue. So, it’s better to seek help from the experts whenever you notice a change in behaviour and attitude which is severely affecting you or your loved one’s life. For any further assistance, reach us at http://moneralo.com/contact-us/.