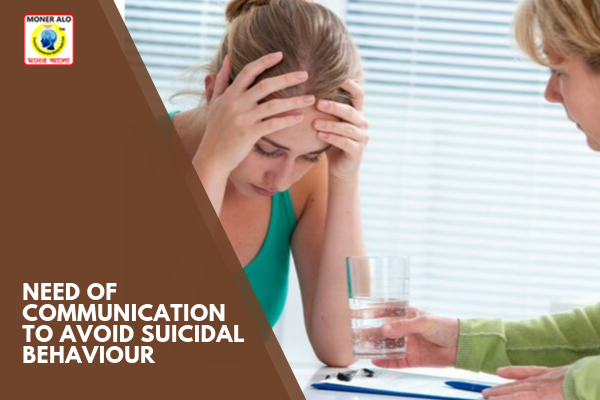 There are several levels at which the mind may feel under tremendous pressure. It can be due to studies, work, quarrels in the family, ridicule or bullying from friends and several others. All of them pile up in the mind of a teenager, or an adult. When things go really bleak, the individual can feel suicidal. What is even more alarming, suicidal thoughts are often very well suppressed by such individuals. It is only later that people come to know after some harm has been attempted.

However, there are some symptoms that are there for anyone who has the sensitivity to read and interpret them. For example, the concerned person may come across as withdrawn and indifferent to a large extent. Talking of a world when they are not around, the benefits of ending one’s life and similar topics are also indicative of what is going on in the mind of a person. Leading such a person to a psychologist can be an uphill task.

You have to start a bit of psychological counselling at home itself. Communication, not instruction, should be the bedrock of such counselling. People who are showing suicidal behaviour often feel disdainful of life, especially human beings. So any kind of instruction or preaching is not going to cut much ice. Instead, communication can break barriers and get them to vent out their pent-up feelings. When they start speaking and sharing their views, their resolve to end their life starts thawing.

Communication does not always mean that you tell them what and how they should think in order to avoid suicidal thoughts. It means sharing their burden by offering a patient, non-judgemental listening ear. Let them talk and give you a glimpse into their world of thoughts. Instead of asking questions, or offering opinions, just listen and try to understand the person. In due time, you will see a pattern emerging through what they are saying. Even if you cannot take the concerned person to a trained psychologist in Kolkata, if you can share these communicated words with the psychologist, it can become easier to diagnose what is wrong.

It is not advisable that you ignore a person with suicidal behaviour. Consult our trained psychologists at MonerAlo.com.

previousDo You Suffer from Anxiety Disorder?

nextIs Work Stress Burning You Out?