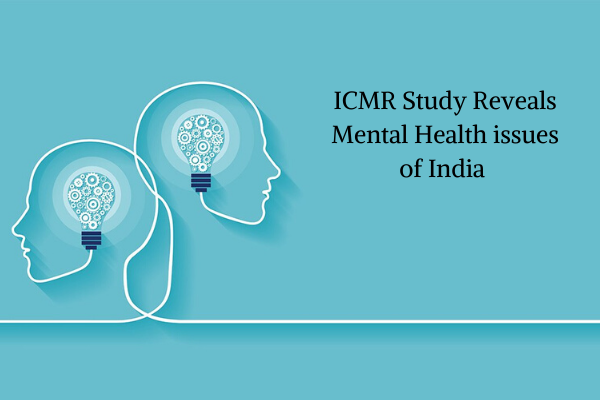 In a study conducted by the Indian Council of Medical Research (ICMR) in 2017, a grim picture of the country’s mental health issues is revealed. According to the survey, which has now been published in the prestigious Lancet Psychiatry Journal, about 1 in 7 persons residing in India suffer from some form of mental disorder.

The most common mental well-being issue among them was depression (affecting 45.7 million people) and anxiety disorder (affecting 44.9 million). The study has brought to light the increase in the number of mental health cases in the country over the last few years. The spike in numbers can be attributed to the fact that more people are now open to seeking professional psychological counselling for mental health problems.

According to the study, females were more likely to suffer from depression, which often led to suicidal tendencies and attempts. So that is a big concern for ICMR which has conducted the study. The stats reveal a fascinating account of how the problem has aggravated in the last couple of decades. The number has doubled between the two decades from 1990 to 2017. There are also significant number of people suffering from autism spectrum disorder (0.35%) and attention deficit hyperactivity disorder (0.42%).

With more discussions and awareness campaigns, it is necessary to bring more people to the psychological counselling sessions so that their issues are addressed. With the stigma attached to these problems slowly fading away, we can be hopeful that more affected people will get the help they need.