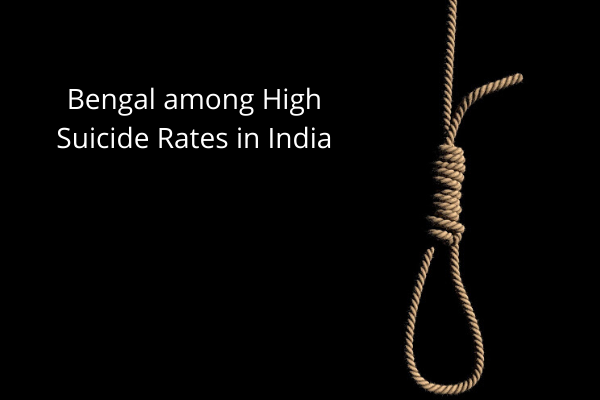 The Crime Record Bureau of 2018 has shed light on the condition of suicide rates in India. According to it, West Bengal was among the top 5 states with an unusually high number of suicide rates in the country. This, and several disturbing events of student suicides in recent times, makes the Kolkata Mental Health Fair at SSKM Hospitals an event to take note of.

The event was organized by the Institute of Psychiatry (IOP) in association with Kolkata Psychiatric Association. It was a four-day affair which attracted leading psychologists and psychiatrists across the country. The focal point of discussion was primarily about the rise in the number of suicides, especially in the age group of 19 to 29.

This age group is usually the time for career building. Students in engineering or medical colleges are taking this fatal step because they are unhappy with a variety of matters. They may be worried about where their career is going, or the pressure to perform which keeps mounting for students. Depression is cited as the chief reason for these suicides.

The participants of the Fair were clear about one aspect: the lack of awareness to deal with mental health issues. Because of this lack of knowledge about the tools necessary to resolve the problems, most do not seek any help. Depressed students keep their worries and anxieties bottled up, giving way to a drastic step. If parents and teachers in schools and colleges are more equipped to identify and deal with the cases of mental health issues, students can be deterred by timely intervention.

That makes the case of employing full-time psychologists in educational institutions a necessity. Regular teachers cannot always tell if a student is depressed or is considering suicide. With the help of psychologists, students can be identified and therapy sessions can be scheduled. However, if the problem lies undetected, help cannot be extended to the students in question.